MASCIARELLI Tenute Agricole was established in 1981 from the entrepreneurial intuition of Gianni Masciarelli, a symbol of Italian wine and protagonist of the success of modern wine production in Abruzzo.

The beating heart of the winery is in San Martino sulla Marrucina, in the province of Chieti, and includes vineyards and olive groves, in all 4 provinces of Abruzzo.

Gianni Masciarelli inherited his passion for vineyards and wine from his maternal grandfather Umberto and soon began his first experiments with grapes, animated by a big dream: give value to the native vines in Abruzzo, giving them an international character, and emphasizing their link with the region. 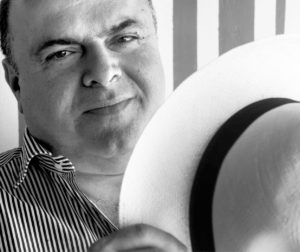 The phrase that best describes the winemaker Gianni Masciarelli is “non-stop innovation”. In fact, he was the first producer who introduced the Guyot training system in Abruzzo and the use of French oak barrels for ageing of Montepulciano d’Abruzzo and Trebbiano d’Abruzzo wines.

When he was just twenty years old, the enlightening experience of summer harvest in the Champagne region, in contact with the recoltants, definitely directed him towards his way. In 1981, he founded the company and began producing and selling Trebbiano d’Abruzzo and Montepulciano d’Abruzzo. In 1983, he already produced 9,000 bottles. In 1984, Villa Gemma Rosso was first produced, which is a Montepulciano d’Abruzzo obtained from the best grapes of San Martino, with which Gianni experienced a new concept of making wine and found his own style.

He constantly studied the latest techniques and specificities of Abruzzo; he selected the oldest and least productive vineyards; cared with the same obsession for his “two cellars” – as he liked to repeat often: the concrete cellar, and the other, the most important one, under the sky: the vineyard.

In 1987, Gianni met Marina Cvetić: their meeting gave birth to a private and professional bond intended to give the company an international breakthrough and bring the message of the excellence of Abruzzo around the world.

Agter Gianni’s death in 2008, the company is led by Marina Cvetić, wife of Gianni, and their eldest daughter Miriam Lee Masciarelli, who together have taken up the difficult legacy of continuing to elevate Abruzzo wines and vines into the world wine scene.

In recent years, their shared leadership has seen an increase in wine production and market reached, the birth of the Food Project (including products such as EVO oil, grappa, cooked must condiment and aromatic salts). Than the affirmation of the seventeenth-century Castello di Semivicoli as a reference point for the regional wine tourism and the expansion of the Gianni’s Selection distribution range with the inclusion of new prestigious labels from all Europe.

Furthermore, it is worth mentioning that, in addition to top management, the entire company is particularly sensitive to the presence of women, which represents 54% of employees.

The Abruzzo region is very varied: a harsh landscape, sometimes wild, that slopes rapidly from the mountains to the hills all the way to the Adriatic.

Starting from the south, in the innermost part of the province of Chieti, the hills stretch between the Adriatic sea and the Majella massif (up to 2,700 m asl). Those elements profoundly influence the climate. In summer, the temperature can vary from 15 degrees between day and night. That offers a generally colder microclimate, compared to the rest of the province. The soil is characterized by a strong presence of limestone; numerous rivers and streams create a great variety of microclimates and environmental niches.

In the province of Pescara, in the vineyards of Loreto Aprutino, the grapes enjoy a splendid slope, about 200 meters above sea level, with clay and loamy soils and a Mediterranean climate. Halfway between the sea and the Calderone glacier, the vineyards are perpetually at the center of an air flow that, by mitigating the torrid summer days, allows a gradual maturation of the tannins. Without doubt one of the best terroirs of all Abruzzo, where the wines acquire deep aromas, tannins and complexity, without falling into an excessive rusticity.

In the northern part of Abruzzo, the province of Teramo is known as one of the best areas for Montepulciano and abounds in interesting terroirs. Such as the famous wine town Controguerra and the valleys around Teramo. The hills, generally low, gently slope from the feet of the Gran Sasso towards the sea. The proximity of the latter (10-20 km) makes the average daytime temperatures generally warmer, while the soils are predominantly clayey and often red in color. Montepulciano here is enriched with typical vegetal notes typical of the sea (fern, gooseberry), large tannins and round structure.

The province of L’Aquila is, almost entirely, the mountainous part of Abruzzo. It is the only one of the provinces of Abruzzo that has no access to the sea and extends from north to south parallel to the coastline.
It is characterized by important plateaus of lacustrine origin, around which the most consistent human settlements are located, surrounded by the massifs of Gran Sasso and Monti della Laga northeast, Sirente-Velino and Monti Simbruini, Monti Cantari and Monti Ernici to the west, Majella to the east, and Monti Marsicani and Monti della Meta to the south.

When we speak of Abruzzo, we can only admire and emphasize the beauty of its Nature. This is testified by the three (four considering the Marine Protected Area “Torre del Cerrano”) National Parks, the vast Sirente-Velino Regional Park, and countless Natural Reserves and WWF Protected Areas. It is therefore not by chance that it is called “Green Region of Europe.”

Its peculiar geo-morphological structure, in this, plays an important role; it is certainly thanks to it that it was possible to develop such a variety of environments, from inhospitable summit grasslands, to low and comfortable sandy beaches, through the rolling hills, jagged ravines, century-old forests (just to stay in the terrestrial context), which are certainly the main reason for the wealth of biodiversity that characterizes the region.